TurboTax is one of the leaders in consumer tax software. This is an ongoing web-based project is with a responsive mobile design. My role was to iterate on the product Interaction Design used for usability testing.

During my tenure at Intuit, I was an Interaciton Designer and part of the usability testing sessions as an observer.

At the end of each session, we de-briefed and synthesize findings. We then ideated ideas and produced action lists for each dedicated team.

My role was to produce interactive prototypes to be used during the usability testing sessions. 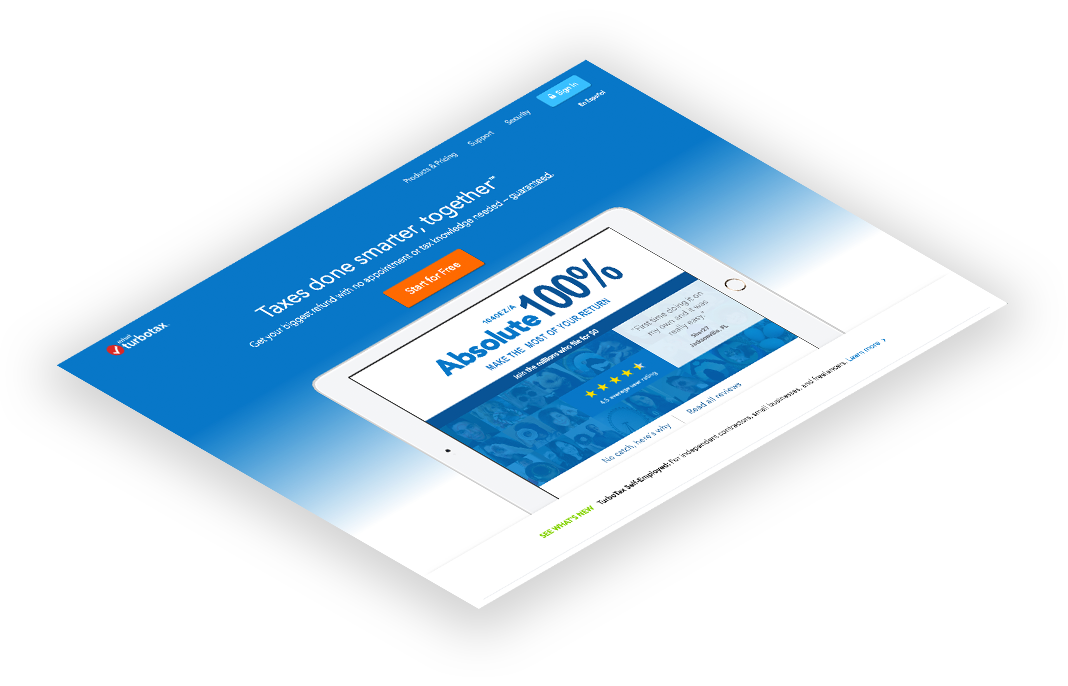 Based on the qualitative data I created storyboards to assist in the development of the prototypes.

The prototypes were built in HTML, CSS, and JavaScript and were used to develop the working models. 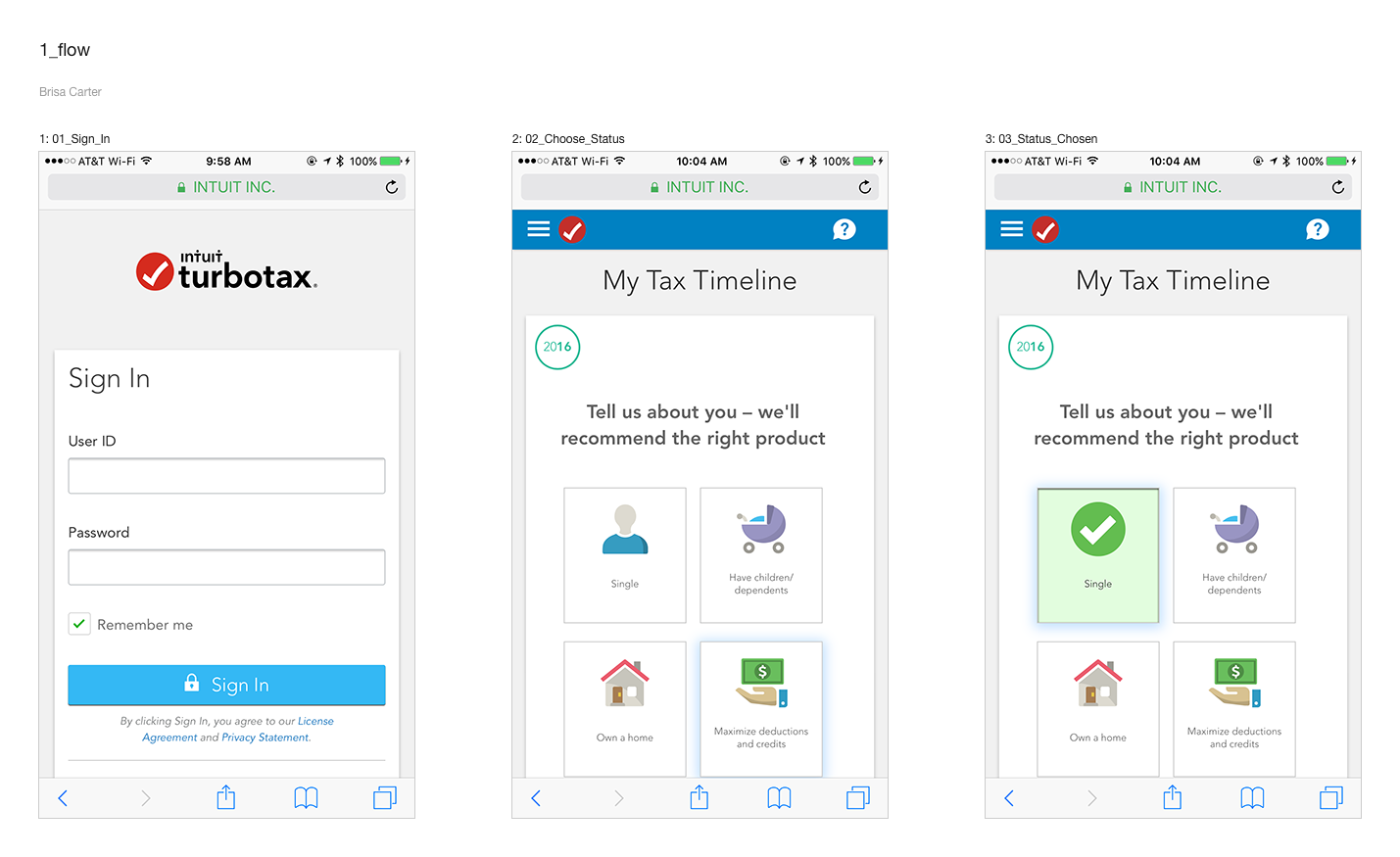 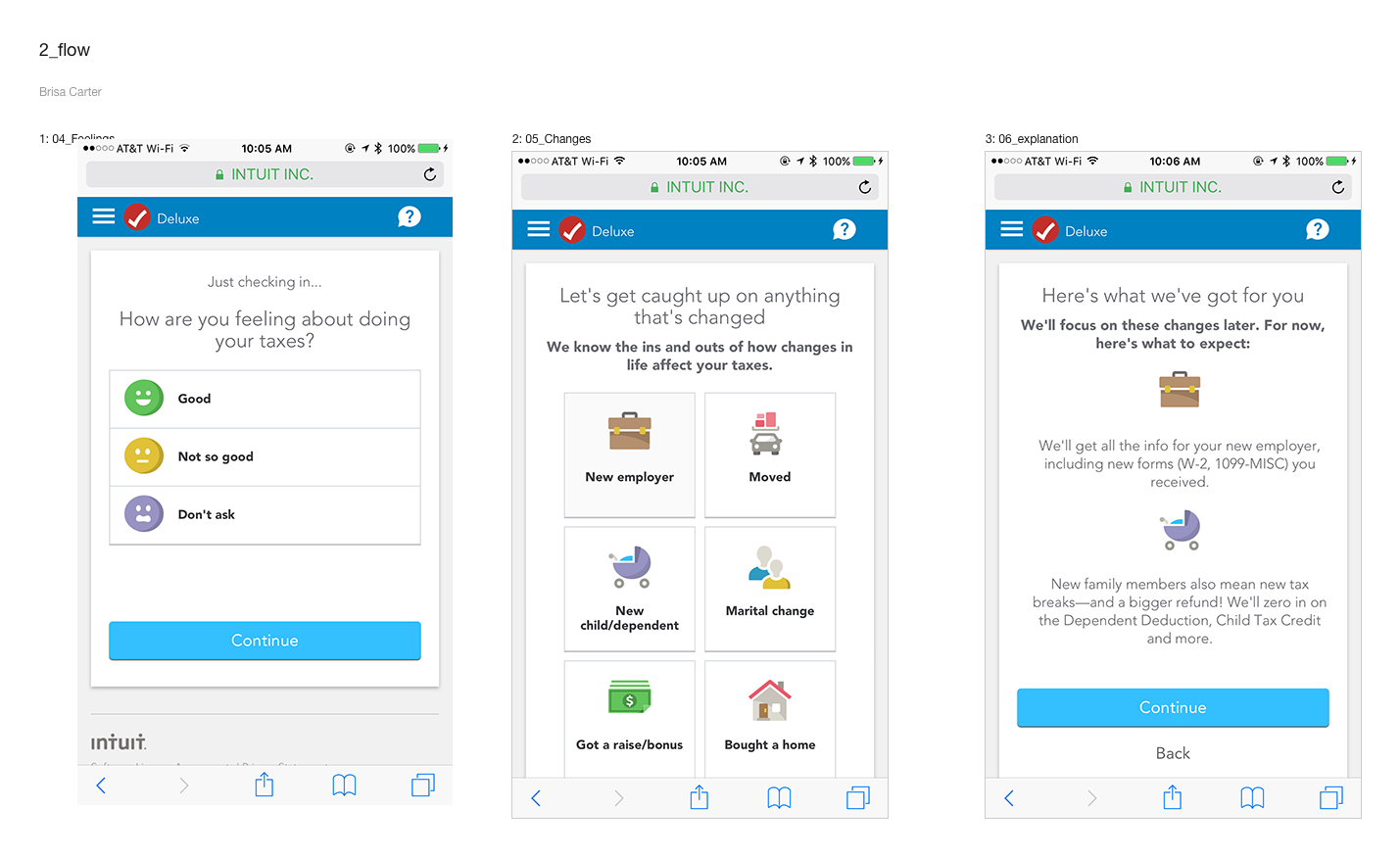 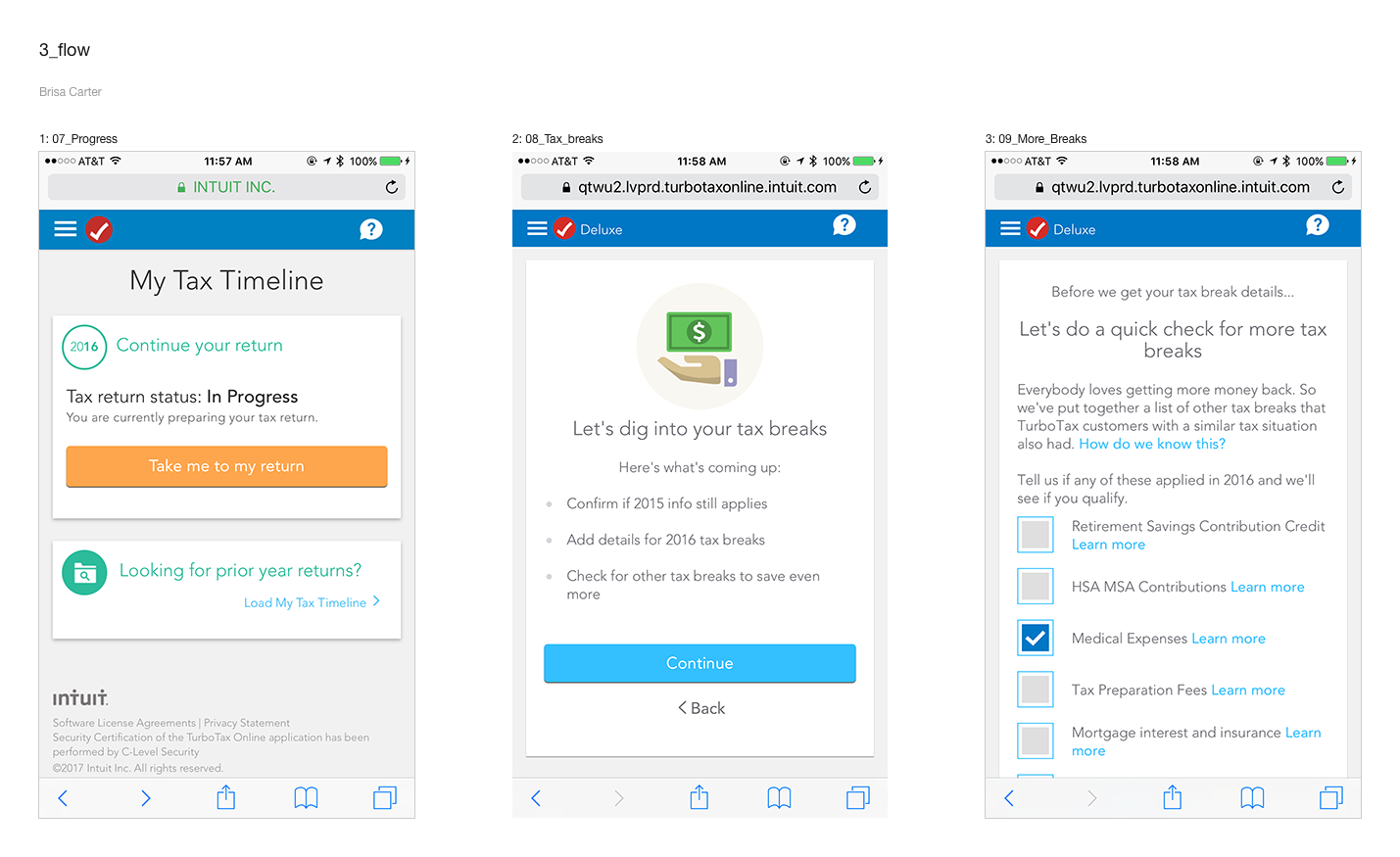 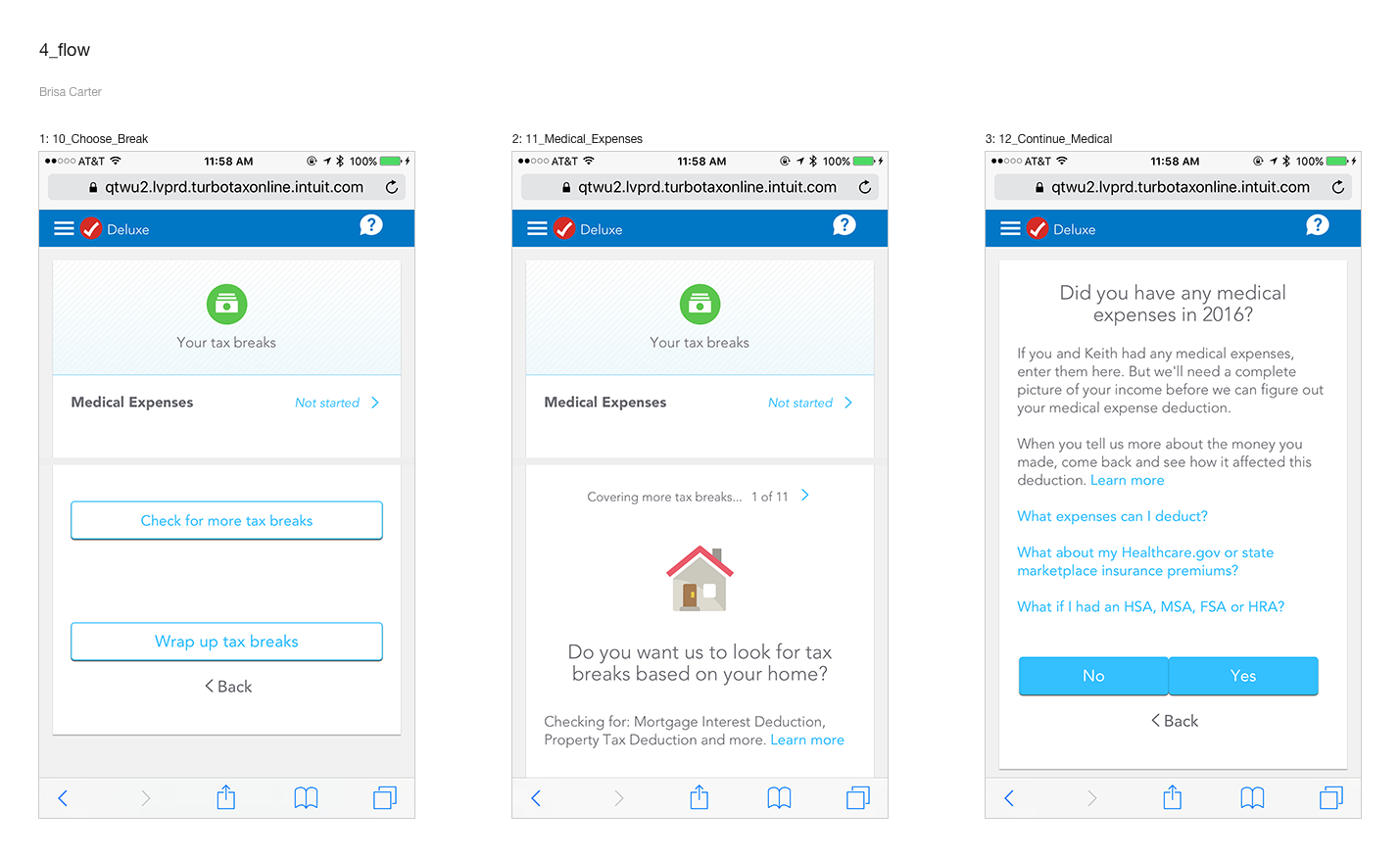 On the feedback screen users expressed confusion with the grading system.

The product team took the prototype ideas and would validate them in the next usability testing. I left Intuit before the next session. 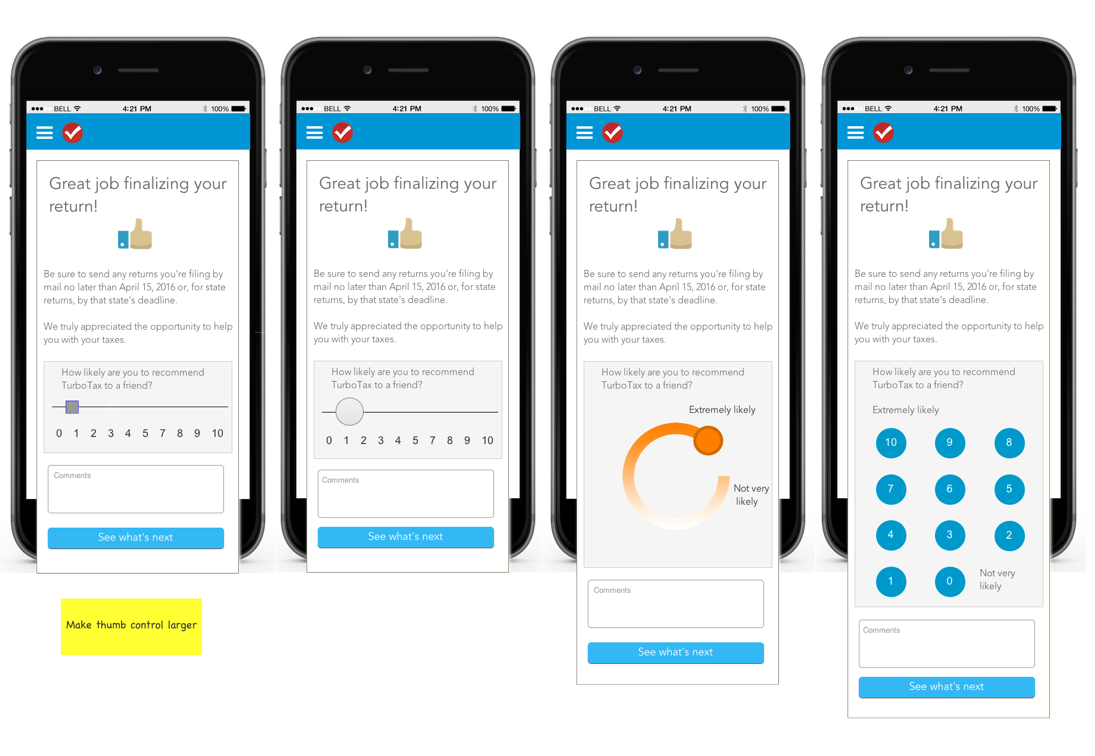 The impact of this work is seen by the TurboTax adoption by 10’s of millions of users.

Here are some keys that make TurboTax a delightful experience: 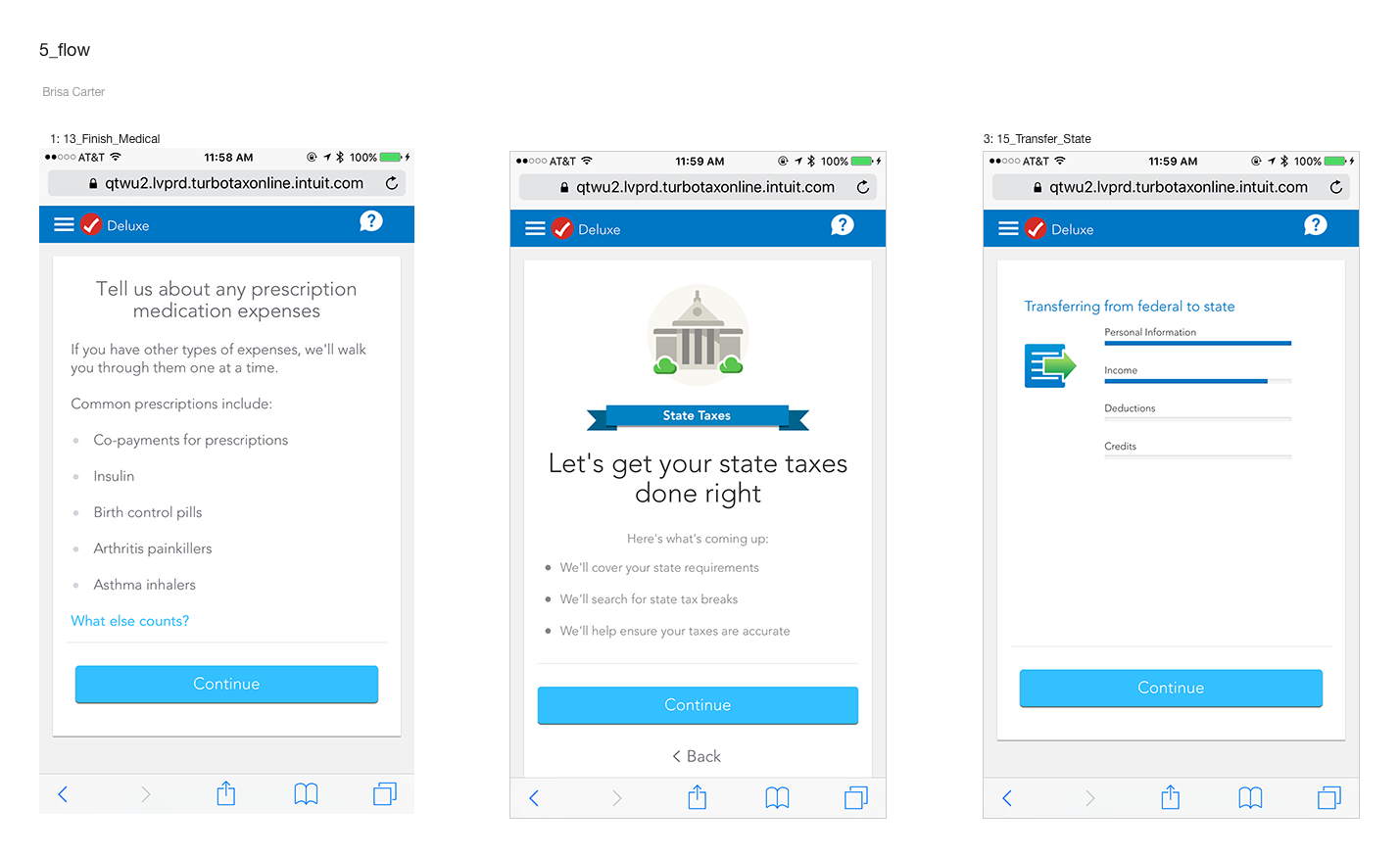 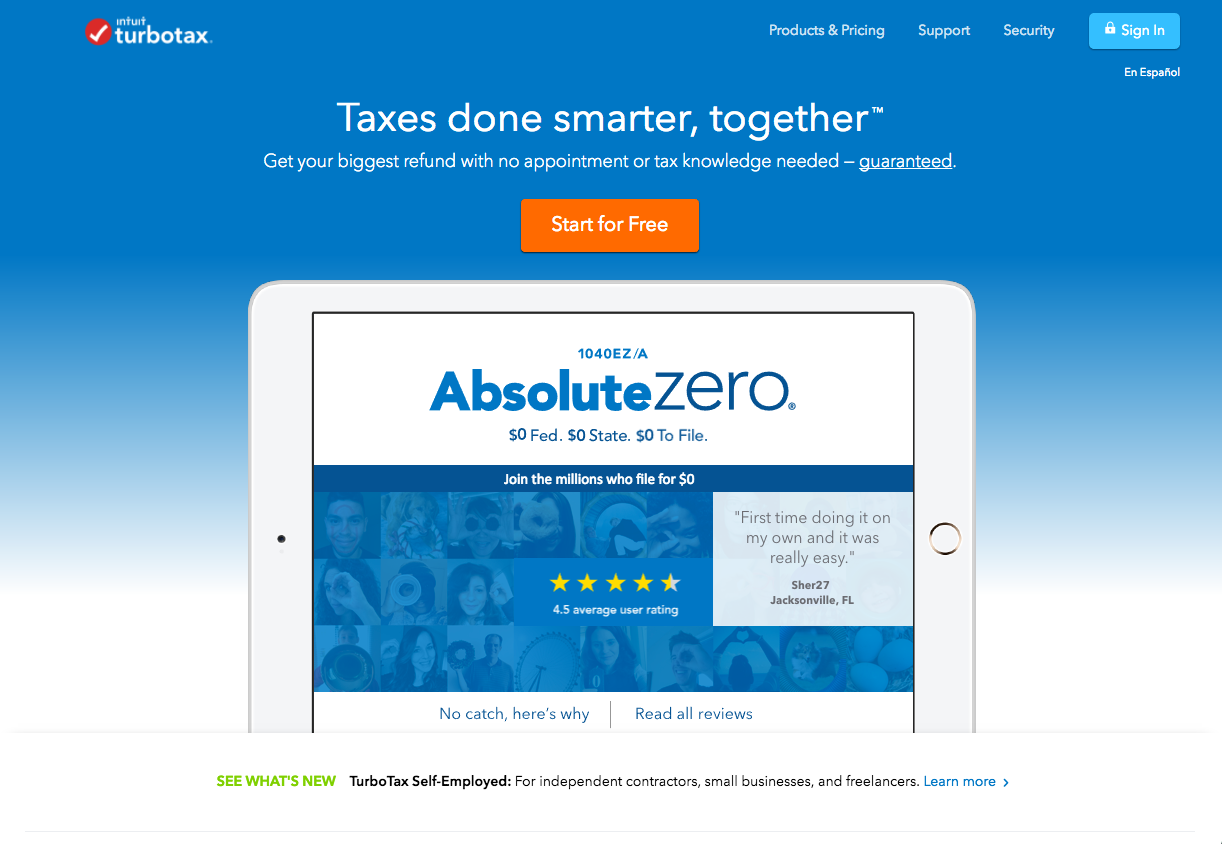 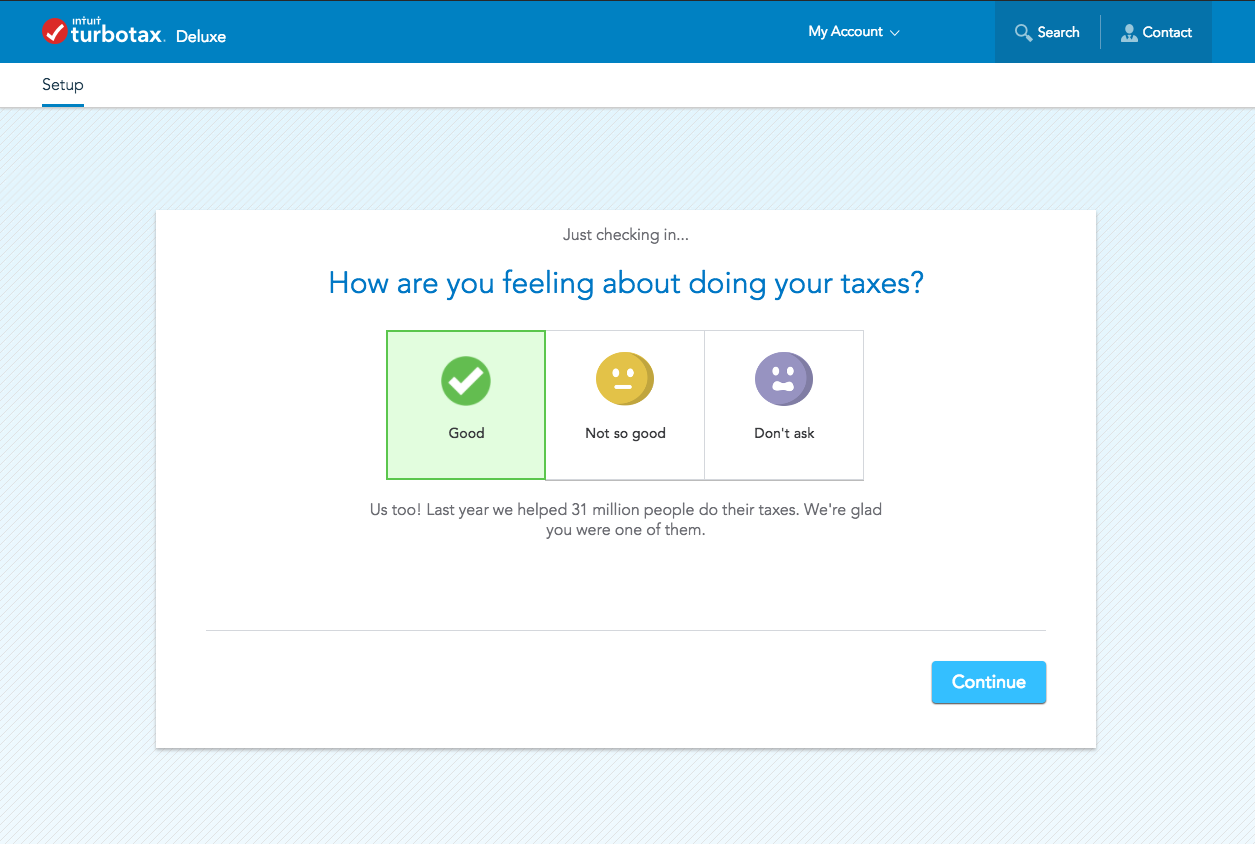 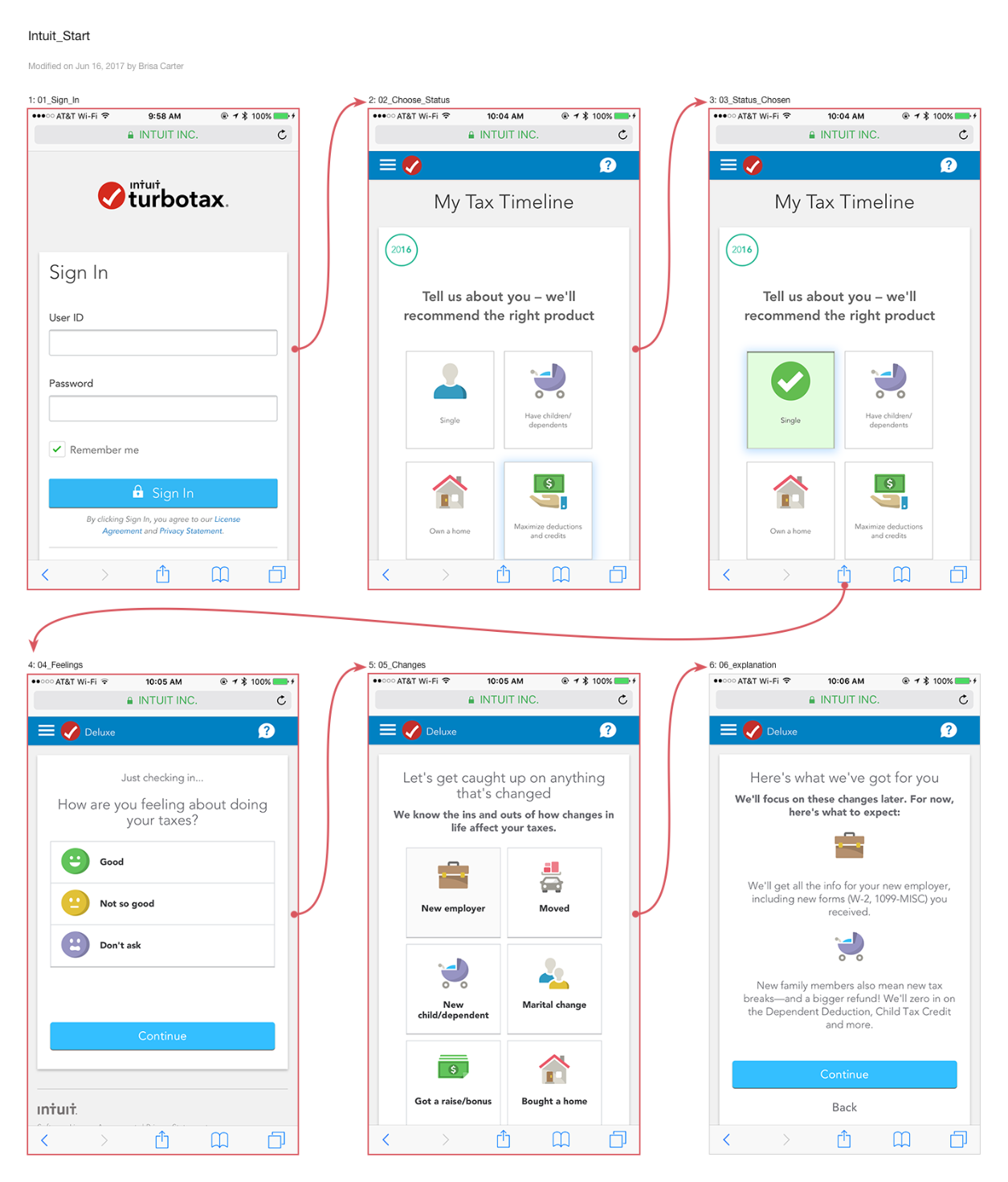